With former President Writinglegend making it clear that he would not seek a fourth-straight term, the Presidential election was the tightest in recent memory. Early polling from The Panda’s Pen suggested that Icarus was the frontrunner, but did not have enough support to gain a simple majority and avoid a runoff. In the Discord text debate, Olde Delaware surprised both pundits and The Panda's Pen poll respondents with a strong performance, drawing from Pland Adanna’s base.

On Election Day, Icarus surged out to an early lead, and hovered above 50% of the votes for almost the entire voting period. With 64 total votes cast, the election was the most competitive since June 2022, when Writinglegend defeated Monkey 58 votes to 14. 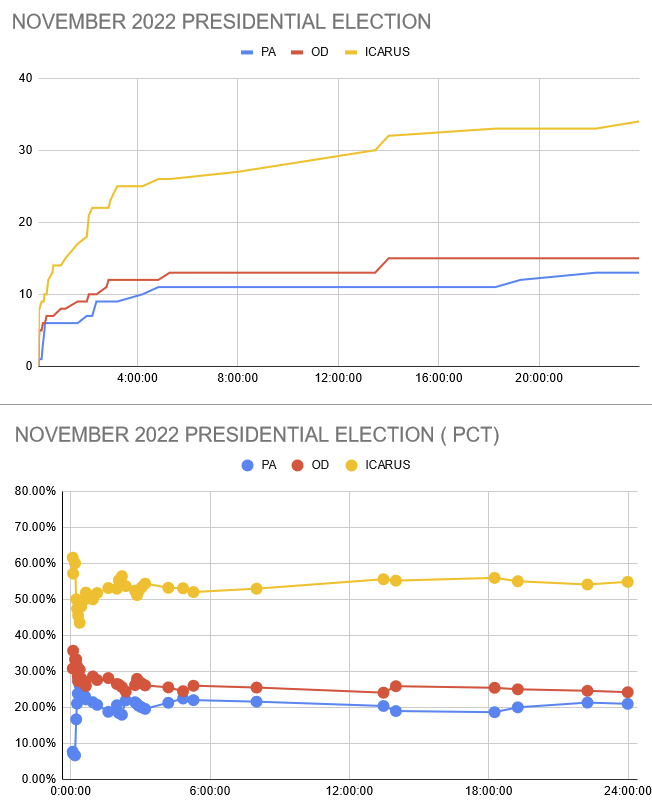 After polls closed, newly elected Vice President Istillian thanked their opponents, saying “This was such an interesting election to be a part of, and [our opponents’] ideas and passion certainly inspired us to do better for Europeia too.” President Icarus has submitted nominations for her Cabinet to the Senate, and is expected to address the region shortly.
Click to expand...