Little by little, one travels far. 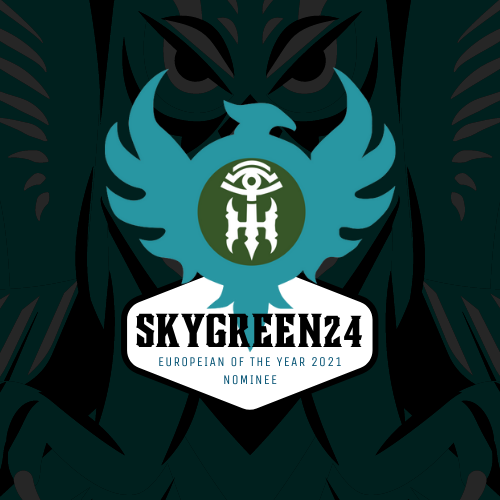 “I often comment that I think I did good, but today I'd like to emphasize that you all did good.”

From being a bunnyboy eager to lead the region as President, to oft taking on the persona of the beloved Nigel Thornberry (amongst an assortment of others), SkyGreen24 has truly been an unexpected delight in his time shared with us. While his origin story in Europeia started with him empowering the Ministry of World Assembly Affairs and eventually becoming a two time WAAnderful minister in the field, this past year saw Sky quick to rise in the region as a dependable and skilled asset in a multitude of other ministries, a jack-of-trades if ever there was one.

At the beginning of 2021 Europeia looked like quite the different place, with the presidency then under the reigns of the now Venerable Pichtonia, Europeian news was in the safe hands of Minister of Communications SkyGreen24. Sky saw the production of fifteen articles under his guidance, and laid the groundwork for many more, including completing an incredible and often unrecognised workload for the Lodestar Project.

While also leading in the communications field, Sky also saw his talent for legislating and role-play leap into action as the Bold 🅱ommunism Boss of Arnhelm, Mayor Meanswell. His past senatorial term clearly had an impact on his leadership here, and his mayoral platform emphasised that of fun, preparing newcomers to understand how to craft legislation, and high hopes of helping councilors to enter the senate.

In early May 2021, Sky was nominated to a ministry not as familiar to him, but one where many of his talent shone. He operated under President Kazaman as Minister of Radio, successfully overseeing the foundation of shows like the Morvo Gang Show, helped to bring Talking Tales to life, and directed shows such as LGBTQIntersectionality. We have also served together in the ERN, and his gusto and initiative especially early on in his career was exciting, where he began developing puppet tracking spreadsheets and tried looking at alternative methods for logging in from nations, trying to help the ERN in ways beyond purely attending operations.

“You will have your own challenges, and I predict you’ll meet them splendidly.”

By September of 2021, Sky worked tirelessly as the Vice President pick to Lime for a victorious campaign in what is likely the tightest election outcome since the Executive Split. And while his Vice Presidential work will be noted too, importantly at this point to mention is Sky’s unwavering support for informing our Republic regarding the Frontier/Stronghold update, compiling countless hours of data sifting in this helpful thread, and being one of the strongest advocates for the Frontier path.

SkyGreen’s term as Vice President to Lime was a tumultuous one, yet he remained steadfast in his duties, created the Vice Penny for your thoughts initiative from his own office, and provided leadership and communication at a time when it was desperately being sought from the public. The end of term polling had Sky receive positive comments such as, “Sky has been the one keeping it all together”, and “he's been supportive, loyal, done tons of work for Euro and wants to do more.”

In what is likely one of the most shocking and emotionally draining points of the year, Vice President SkyGreen24, whilst campaigning for the role of President and eager to make amends for the issues he saw under the Lime administration, and, effectively running our executive at the time, remarkably then became President of Europeia in the final hours of the term. SkyGreen24 has likely broken a record as President (for serving the shortest term, but we don’t mention that part…) and was the saving face of activity amongst a drama filled two weeks of uncertainty.

By the very end of 2021, we all saw Sky run an effective and passionate platform for senate, then being unanimously voted in as Speaker of the 82nd Senate of Europeia, showing his flexibility, and keen interest and ambition to take on leadership roles, and to continue to be an active voice amongst our community.

“I would have followed you to the end, my brother...my Captain...my King.”


On a personal note, Sky has always been a friend to me, from the more recent reminders about Out of Touch Thursdays, to the : flushed_emoji : moments he consistently gives me, I think he has always been able to balance the personal and the political well though. His energy and positivity has always matched mine and he has always been a familiar social face on Discord for any and all to see. Our roots of friendship pre-date the unofficial “morvo gang" moments though, and I always know that I can go to him and find reliable advice and a touch of humour on the side too, especially when, in our joint platform, he publicly and affectionately refers to me as: “my good friend’s husband”, well, then I cannot help but swoon.

I was also fortunate enough to be the officiant for his NationStates Wedding to now Minister of Radio Icarus, and I will never forget the honour it was to be asked to do this for them, and the fun that we had in that ceremony. Furthermore, I cannot thank him enough for his guidance, his friendship, and his faith in me, even if I have doubted myself in my Europeian career, or at times received confused looks from my wife from quoting anime phrases and memes on his advice. Although he has certainly made up for that confusion with his earnest advice to always compliment my wife and to buy her gifts - something I believe he suggests that all people do for their loved ones.

Before this turns into more of a love-note than a nomination, I hope that anyone reading this can see the unrelenting passion that Sky has for Europeia, politically and socially, he has been a friend and comrade to us all. Sky is a logical and calculated investigator when it comes to his tasks, especially of the looming F/S update, a committed and determined worker alongside his peers, always eager and energised to help and advise people, from newcomers, to the President. And for the year of 2021 I can think of no other Europeian that deserves to be recognised as much as him, no other Europeian that has worked in such a diverse field across the entirety of our region throughout the entire year, and no other Europeian that has earned a nomination through sheer work, strength of leadership, time investment, and commitment to a shared goal, as much as SkyGreen24. 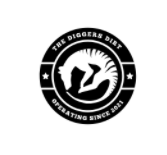 Sky is great. A well-written and well-deserved nomination!

Cabinet
Deputy Minister
Citizen
Thank you very much Isto for this nomination, your words mean the world to me